The game of Go, called Weiqi ( 围棋 ) in China, I-Go ( 囲碁 ) in Japan and Baduk ( 바둑 ) in Korea, is an East Asian board game for two persons and with over 4.000 years it is the oldest board game in the world. It originally comes from China and found its way to Japan about 1300 years ago. Since then, the ancient Chinese form of Wei-qi has been developed by the Japanese into the form of Go that is mainly known today. Even today, Go or Wei-qi are still very popular in Japan and China, you can hardly find a newspaper or magazine without a column about the game. The game is also popular in Korea under the name ‚Baduk‘. Go is also played outside of China, Japan and Korea. Worldwide, the number of Go players exceeds several millions.

The Go Rules in Short 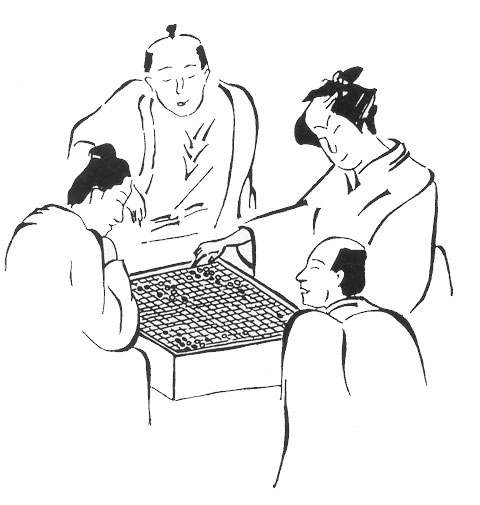 In Europe there are more than 100.000 Go players. On almost every weekend a Go tournament is held in a European city. In addition, European championships take place every year. Beginners are welcome guests at the many regular Go game evenings. There you can get the rules explained and try to get to know the game better. More informations and links to your national Go federation can be found on the website of the European Go Federation.