We focus on the East Asian board game of „Go“!

The Go game has – under the name „Weiqi“ – its origin in China and is more than 4000 years old. About 1300 years ago, Weiqi found its way to Japan and was further developed there into the form of Go that is mainly known today.

Even today, the game of Go is still highly regarded in Japan and China. It is equally popular in Korea under the name „Baduk“. Go is also played outside of China, Japan and Korea. The number of Go players worldwide is probably over 100 million. 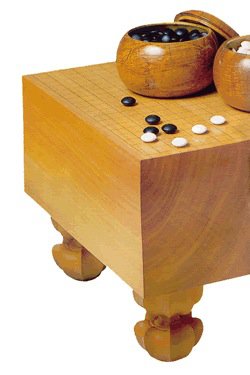 The Hebsacker Verlag was founded in 2002 with the aim of promoting the game of Go.

In our online shop we offer Go boards, stones and bowls as well as a wide range of Go literature.

Besides publishing and our shop we have some other fields of activity around the Go game.

In our service area we offer to you software and PDFs for download as well as useful links.